Over the years, IDeeJazz has honoured national music legends. However, this time, we have the honour of bringing to Estonia a man, whose work and play has influenced many musicians all over the world and about whom you can say, without exaggeration, „a living legend of the music world“. That man is 81-year-old Argentinean Dino Saluzzi, who’s band will end the sixth IDeeJazz main program in the Tubin hall of Eller Music College. On the same stage the guitar virtuoso Enver Izmaylov will share his passionate and exciting music world.

A key figure in contemporary Latin American music with more than 60 years of artistic career, Dino Saluzzi (Salta, 1935) begins his European tour in October 2016 (from October 18th to November 15th).

On this occasion he will present works from his album El Valle de la Infancia and some of his unpublished repertoire Mozart por Saluzzi with its group led since 1991 formed by Félix Saluzzi (saxophone and clarinet), José María Saluzzi (guitars) and Matías Saluzzi (bass).

Recently recognized as the most outstanding Argentine folk musician of the decade, the eminent composer and bandoneon player Dino Saluzzi has an unique and defined language that integrates various traditions; basically his roots in Northern Argentina (Salta) and his life in Buenos Aires and Europe, being considered one of the best bandoneon players in the world. 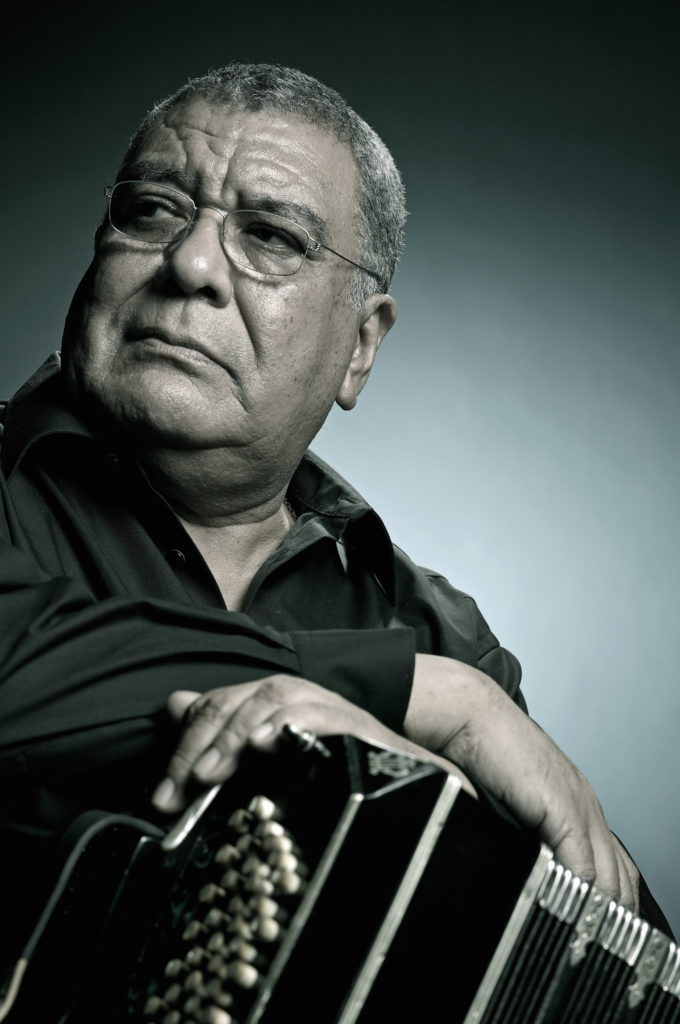 Dino Saluzzi: “The first requirement to be a true musician is honesty. It is the desire to communicate by means of what is a real miracle. Through music we can convey out innermost feelings. With generosity it is possible to attach a sincere value to the craft of music. Equally important it is the need to be respectful for aII other expressions of art and all the forms of music of other cultures of the world, which embody a marvelous diversity as well as a true sense of being profoundly human and fraternal, the essential qualities of life.
Music is not a question of communicating ideas, but about giving to others what is inside us. It is not about fame but about beauty. There is no monopoly but human possibility. It is not about artifice, a sleight of hand or a shows of power but about truthfulness and the expression of our spirit in its purest form.
This is the music that resounds with one aim : hopes of justice. That is the one that sounds the best, the mu.sit that we all lone to hear, both musicians and listeners alike.”

Dino Saluzzi’s work could be defined as popular Latin American chamber music -understanding the popular music as that one that seeks to be near the people- with great narrative capacity, which is part of a tradition, not to repeat but to recreate it with a free spirit that constantly seeks to express its deepest concerns maintaining the spontaneity of the music through improvisation and the beauty of his compositions.

Dino Saluzzi has turned the autochthonous Argentine music into music of concert, music to be listened, keeping faithfully the essence of the sounds of his land, expanding the look of Argentine music in the world, presenting other rhythms linked with the own origins of his culture, besides the tango.

With El Valle de la Infancia Dino Saluzzi returns with his imagination to the sound universe that was part of the childhood landscapes of his native province of Salta, folk dances and rhythms encounters with El Río de la Plata. In all his music the spiritual look is revealed with the one that observes the world around him.